Mr Churchill filed the lawsuit in Abuja against the actress, seeking no less than five hundred million in damages over her infamous May 2019 interview which sparked uproar on social media.

Tonto sparked controversy on Nigeria’s social media community on Workers’ Day May 1, 2019, when she released a three part video where she opened a can of worms about her failed marriage to Churchill.

In the video titled “The Evidence”, the actress made some provocative and indicting claims against the father of her son, saying the claims are some of the reasons she quit the marriage.

She also alleged that Churchill is into cyber fraud popularly called Yahoo Yahoo.

According to her, she found out when she caught him in the middle of red candles with a red cloth tied to his waist with a laptop in his lap.

The actress further claimed that, contrary to widespread speculation that Churchill was related to former President Olusegun Obasanjo, the father of her ex-husband was just Obasanjo’s gardener.

Following the series of claims made in the viral videos, Churchill has approached the High Court of the Federal Capital Territory in Abuja to seek legal redress against the mother of his son.

In the court papers, the court has summoned Tonto warning that failure to do so in 14 days, it may proceed therein with judgment even in the absence of the defendant (Tonto).

According to the court papers, the 1st and 2nd claimants (Churchill and Big Church Foundation respectively), are claiming that

“The series of malicious and fallacious allegations, assertions and accusations through media campaigns and publications by Tonto Dikeh and her charity group was defamatory, baseless and sponsored to tarnish and damage the image and political ambition of the claimant, as he might have told her his intentions to run for House of Representative in his constituency. 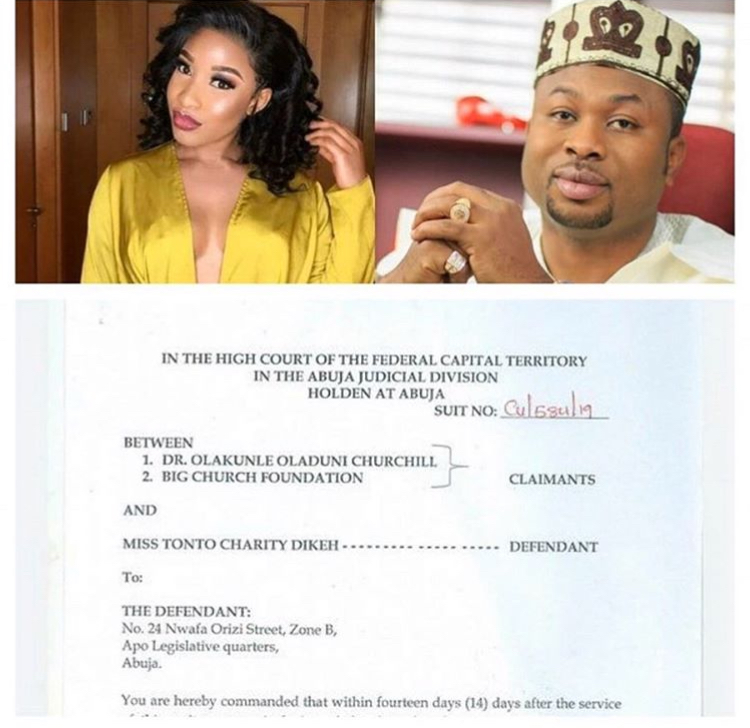 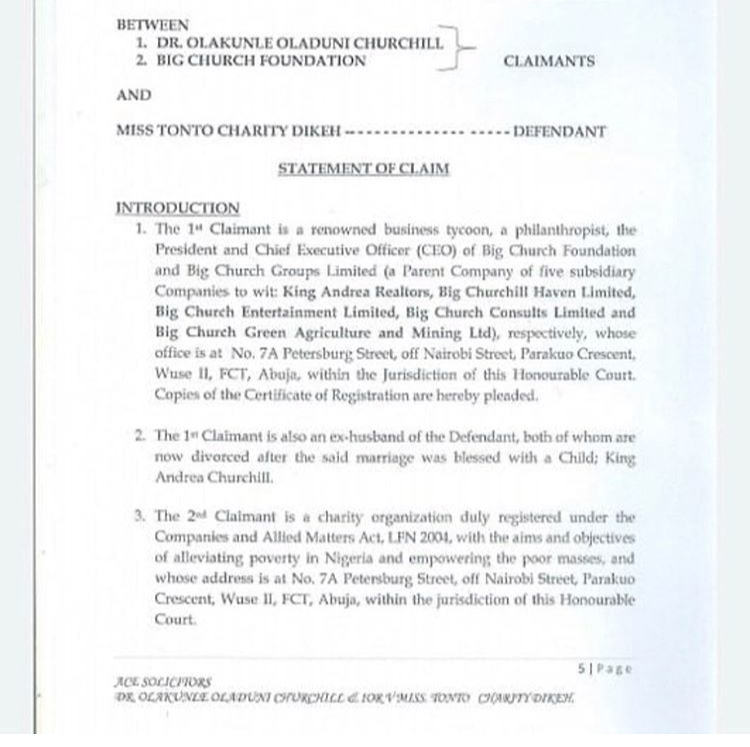 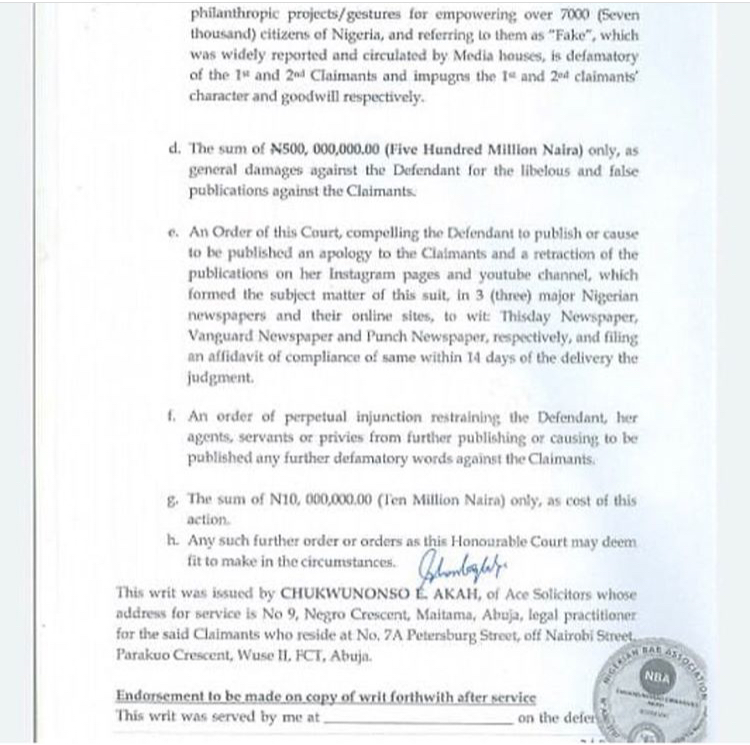 This site uses Akismet to reduce spam. Learn how your comment data is processed.

Album Of The Moment

Video Of The Week